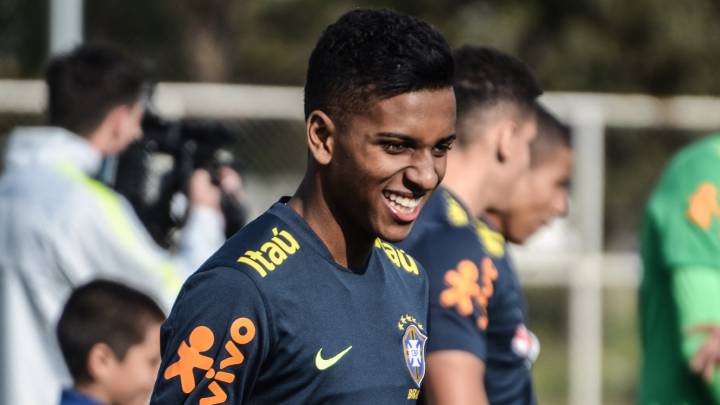 Liverpool have heavily relied on Sadio Mane and Mohamed Salah in the wide attacking positions under Jurgen Klopp and the African duo have been the club’s top scorers over the years.

In the winter transfer window, the Reds signed Luis Diaz, who is naturally a left winger and has already proved to be a good enough to cover for Mane.

However, there is no one in the current squad who is good enough to cover in the absence of star playmaker, Salah. The Egyptian has arguably been the best player in the world this season.

If reports in the media are anything to go by then Liverpool are looking to sign a right winger in the form of Brazilian international, Rodrygo.

According to Spanish source, Nacional, Jurgen Klopp is pushing to sign the South American winger from Real Madrid, who are prepared to let him leave.

Rodrygo is a talented young boy, who has already made four appearances for the senior national side but he has rarely started for Real Madrid. Even in the current campaign, the 21-year-old has made 32 appearances in all competitions but started just 14 times under Ancelotti.

The 4-capped starlet needs regular game time to get selected in the Selecao’s World Cup squad. If he does end up moving to Anfield, he would likely be the second choice right winger behind the irreplaceable Mohamed Salah.

In your view, who should Liverpool sign to strengthen the attack?