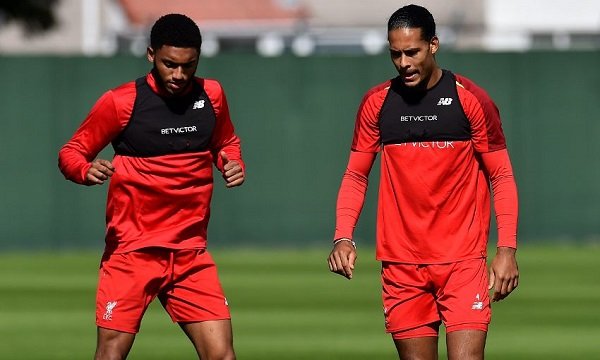 After months of speculation, England international, Joe Gomez, has agreed fresh terms to stay with the Reds.

Liverpool officially announced the deal earlier in the day and as per The Times, the new contract will expire in 2027.

Renowned journalist, Paul Joyce, claims that the former Charlton player received a lot of interest but the player has decided to fight for his place at Anfield. Reds legend and Aston Villa boss, Steven Gerrard, was pressing to sign the £30million-rated Anfield star (The Express).

Gomez’s last deal with Liverpool was due to expire in 2024 and he earned around £75,000 a week (The Mirror). We’ll update you about his new wages as soon we have the information.

The 11-capped international joined the Merseysiders as a teenager and regularly started (second half of the season) in our 2019-20 Premier League-winning campaign. However, he has been highly injury-prone.

In the 2020-21 season, he underwent a major knee surgery and missed the majority of the campaign. On the other hand, last season, he had to warm the bench more often than not because the likes of Joel Matip and Ibrahima Konate were preferred alongside Van Dijk.

Klopp has been able to convince the defender to stay. The German manager has told Gomez that an injury-free run can help him regain his place in the first team and the defender has accepted the challenge (The Mirror).

One thought on “Liverpool have agreed terms with £30million Anfield star”