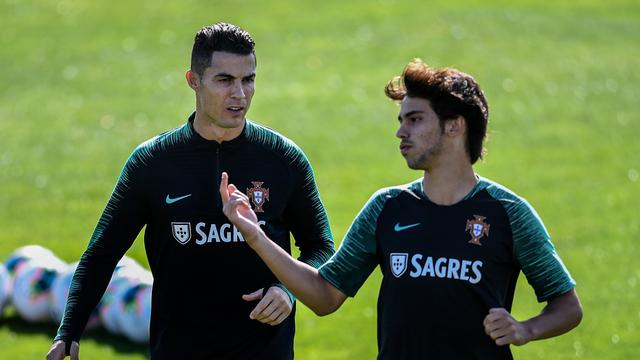 Liverpool were close to signing Cristiano Ronaldo back when he was a teenager but Man Utd moved in to get the deal over the line (Goal).

The Portuguese superstar is one of the best players in the history of the game but as per pundit, Gabby Agbonlahor, the forward has got no loyalty and would even secure a move to Liverpool to play CL football next season.

“Cristiano Ronaldo would join Liverpool this summer, if he could. They are big rivals of Man United but it’s about Ronaldo. He will go anywhere he can still play Champions League football, add to his record and win titles.”

“I don’t think Ronaldo has any loyalty to United, Real Madrid or Juventus.”

The 37-year-old has won the Champions League on five occasions and is the leading goalscorer in the history of the competition.

So, it is not surprising that he wants to play in the top flight of European football but the dilemma is that Man United will be featuring in the Europa League next term.

Ronaldo netted 24 goals in all competitions last term and is still one of the deadliest finishers around.

The veteran has told the Red Devils that he wants to be released from the final year of his £360,000 a week contract at Old Trafford to play in the CL. However, no one is keen on hiring his services (The Mail).

Would Liverpool fans be keen on seeing him play for the club? I don’t think so.