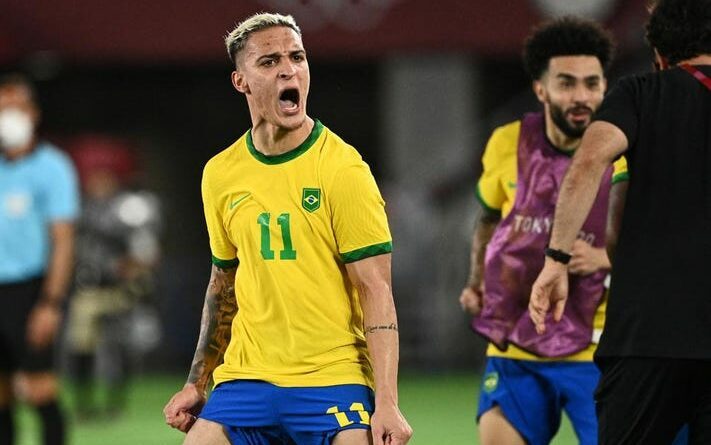 Liverpool and Manchester United have been linked with Brazilian international and Ajax attacker, Antony.

A week back, we covered a story (via Football Insider) claiming the Merseysiders are in talks to sign the South American winger.

However, the latest updates indicate that the player is willing to agree a deal to sign for the Old Trafford outfit.

As per a recent story covered by The Daily Star (via The Faithful), Lisandro Martinez has been able to multiply his wages four times to move to Man United. In a similar way, Antony wants to boost his income by signing for the Red Devils.

It is reported that Ajax are refusing to let their prized asset leave and the stance of the Dutch champions is set to anger the £70m-rated star.

The Samba winger excelled under the management of Erik ten Hag and last season, he directly contributed in 22 goals in all competitions.

So, it is not surprising that he wants to reunite with the coach who brought him into Europe from Sao Paulo.

For now, Man Utd are not close to signing him but they are surely in pole position because the player prefers them over the Reds.

For Liverpool, losing out on Antony would be a blow because they really need to improve the flanks.

Having offloaded stars like Mane, Minamino and Origi, they lack depth in the squad.

What will happen if Salah or Diaz get injured? The likes of Jota and Firmino can play on the wings but they are not natural wingers and have not excelled out-wide. Moreover, Carvalho is a CAM and Nunez is an out-and-out center forward.