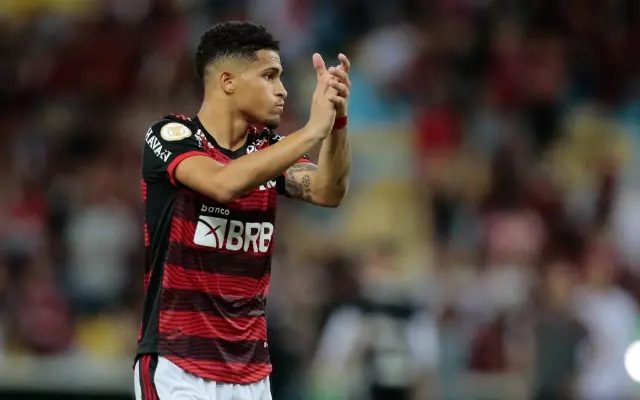 Liverpool are one of the best clubs in the world and top stars and youngsters dream to play at Anfield.

One such player is Joao Gomes, who has recently revealed that he wants to play for the Reds and in the Champions League.

As per a story covered by Meia Hora today (news image provided below), journalist, Julio Miguel Neto, has confirmed that the midfielder has rejected a new contract to extend his stay with the South American club.

The Brazilian news source have mentioned that this is not the first time Gomes, who has a deal until 2025, has turned down fresh terms with the Rio de Janeiro club.

The reason behind his refusal to extend is the interest from top European clubs and mainly the “desire” to join Liverpool. He stated:

“Playing in the Champions League is my biggest dream in football, mine and that of my family. Liverpool is a team where I would like to play, I have the greatest desire to play [for Liverpool],”

The likes of Manchester United, Spain’s Atletico Madrid and Portugal’s Benfica have shown interest in hiring his services.

Gomes is considered one of the most important members of the Flamengo squad, he is a “darling” of the crowd and has formed an excellent partnership in the center of the park with Thiago Maia.

However, after the latest contract rejection, Meia Hora claim that the Brazilian side are actually evaluating the possibility of accepting a proposal for the £48m-rated player (Diario do Fla) in the current transfer window.

Should Liverpool fulfill his wish and secure the signing?