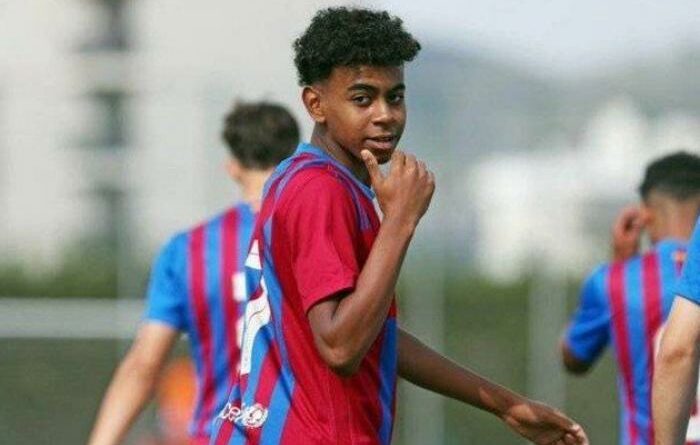 The transfer window shut down last week but Liverpool are still linked with players that can improve their squad. The latest name in the focus is of Lamine Yamal.

As per today’s version of Sport (news image provided below), the 15-year-old boy is considered a special talent at Barcelona and he could be part of Xavi’s squad soon.

News – £132,000 a week star has agreed terms in principle with Liverpool – Journalist

The teenage playmaker will be out of contract in 2024 and the Catalan giants want to seal his first professional contract with the club.

Mateu Alemany is pressing to ensure that the youngster puts pen to paper as top clubs could move in to secure his signature.

Sport claim Liverpool are one of the specialists in slipping juicy offers to agents and relatives. It is reported the Reds can offer ‘dizzying figures’ to Lamine that Barcelona will not be able to match.

In such a scenario, the Blaugrana’s sporting director does not want any surprises and has already taken steps to agree the first professional deal with the playmaker when he will turn 16 next year.

The Caitlan media outlet state that Man City, Man United, Bayern Munich and RB Leipzig could also move in to hire his services.

Lamine is a versatile starlet, who can be deployed in the CF, RW and AM roles. He featured in 6 games for the Under-15 Spanish side, scored 3 goals and provided 2 assists.

Moreover, for the Under-16 national team, thus far, the attacker has made four appearances (2 starts) and scored one goal.

Lamine is represented by Ivan de la Pena, who is also the agent of Gavi and Barca are looking to seal deals for both the players.