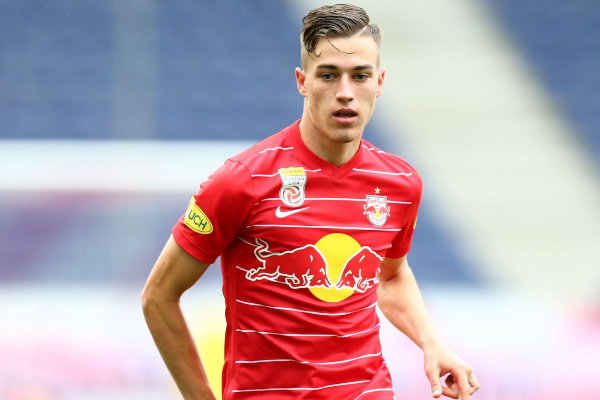 Liverpool have been linked with Croatian international, Luka Sucic, for some time and the latest reports suggest that they could soon steal march to sign him.

Back in August, SN reported that the Reds wanted to sign the young midfielder from RB Salzburg in the summer transfer window. However, the move did not happen.

Today, Corriere Dello Sport (press image provided below) have looked at the youngsters, who have traveled for the World Cup in Qatar and are linked with top clubs.

In Croatia, Sucic is dubbed as the ‘New Modric’ and in Italy, he is highly appreciated by Juventus, Lazio and Serie A champions, AC Milan.

However, the renowned media have mentioned that Liverpool could soon ‘outwit competition’ with an important offer to sign the 20-year-old midfielder.

The 4-capped international has proved to be effective in the central and attacking midfield roles for RB Salzburg and last season, he directly contributed in 16 goals in all competitions.

In the current campaign, Sucic has been in and out of the squad due to injury concerns and so far, he has provided 4 assists in 10 league starts for the Austrian side.

Liverpool have to improve their aging midfield at the earliest. They have suffered this season due to multiple injury concerns in the center of the park and because senior/veteran players have been inconsistent.

Sucic’s current contract with RB Salzburg will expire in the summer of 2025 and he is valued at around £17.4m (FT). Should Liverpool pay £17.4m to sign him in January?