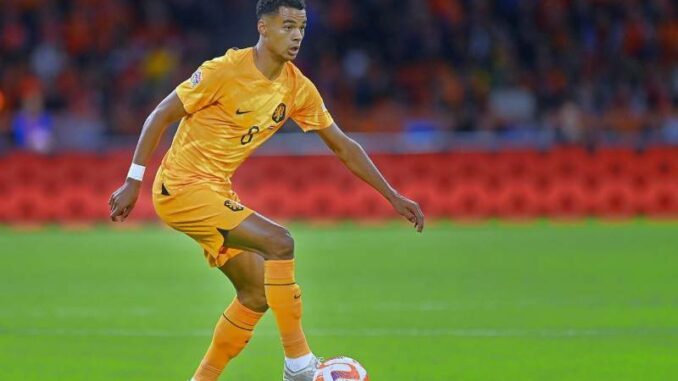 Liverpool and Manchester United have been after Cody Gakpo and the latest reports going on in the media are not positive for the Merseysiders.

A week ago, Italian news source, Calcio Mercato, reported that the Reds and the Red Devils have taken more information than rivals to sign the Dutch international, who is valued at around £43.2million.

However, the latest news suggests that Gakpo is ready to sign for Manchester United.

According to story recently published by Football Insider, Man United have agreed personal terms in principle with the Orabje playmaker to hire his services.

Now, they only have to agree a fee with PSV Eindhoven to seal the signing in the January transfer window. The news source claim that in the summer, a bid worth £25million was turned down by the Eredivisie giants.

It must be remembered that last summer, the Old Trafford club broke the bank to reinforce their wide attacking positions by signing Antony from Ajax.

On the other hand, Liverpool weakened the depth of their offense by offloading versatile players like Mane, Origi and Minamino.

At the moment, we do not have depth in the wide attacking positions and need a quality player like Gakpo to resolve the concern.

The Dutch Player of the Year has been in sensational form for PSV and he has been one of the stars in Qatar at the FIFA World Cup.

Unlike Man Utd, Liverpool can offer him Champions League football. In your view, should the Reds move in to steal his signing in the winter transfer window?