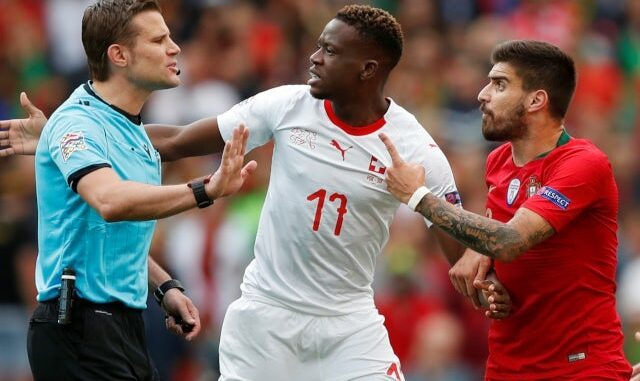 As per the latest reports going on in the media, Liverpool are heavily linked with Portuguese international and Wolves midfielder, Ruben Neves.

The Reds have only earned a single point from the last three Premier League games and need to reinforce their aging midfield to push for a place in the top four.

According to Spanish source, Nacional, Jurgen Klopp has demanded Liverpool to secure the signing of Neves from the West Midlands side.

The Catalan media outlet have mentioned that Barcelona have been interested in hiring the services of the Seleccao midfielder but the situation has now changed.

It is reported that Nou Camp boss, Xavi Hernandez, is not quite interested in the Premier League star and instead, the Spanish coach wants to secure the signing of Martin Zubimendi from Real Sociedad.

In such a scenario, Klopp wants to take advantage and has asked the Liverpool board to initiate talks and lure Neves.

The former Liga Nos midfielder’s current deal at the Molineux will expire in 18 months and a relatively low price tag of 25 million euros (£21.9million) has been set by Wolves.

The versatile star can play in multiple midfield positions, has ample Premier League and international experience and is in his peak years (25-year-old).

Liverpool have looked a shadow of themselves in recent weeks, they need key stars to return to fitness and strengthen the midfield in the January window to earn Champions League qualification for the next campaign.

In your opinion, should Klopp offer £21.9million to sign Ruben Neves?

One thought on “Klopp demands Liverpool to secure signing of £21.9million midfielder – Report”