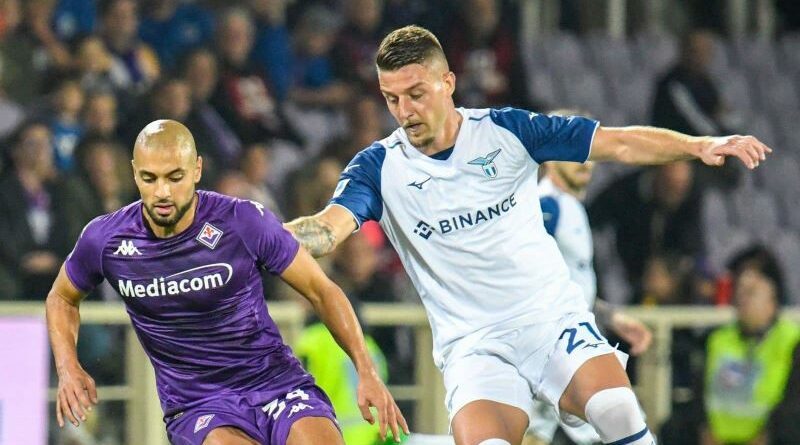 Liverpool have leaked 25 goals in the Premier League this term and at the weekend, they were able to keep their first clean sheet since November last year.

Even before the injury to Virgil van Dijk, the Merseysiders were shaky at the back and the major chunk of blame falls to our main play breaker, Fabinho.

The Brazilian international has been rock solid for the Reds over the years but this season, his form has been inconsistent and average.

Fabinho has been unable to press and put in effective tackles, moreover, his passing in the No.6 role has not been productive as well. In such a scenario, we have been linked with a strong play breaker in the form of Sofyan Amrabat.

According to Calcio Mercato, Liverpool are at the forefront to sign the Moroccan international in the January transfer window but do not want to match Fiorentina’s asking price of 40 million euros.

Last month, La Gazzetta Dello Sport revealed the Viola want a fee of 45 million euros from the sale of their prized asset in the middle of the campaign.

Amrabat was easily the best play breaker at the FIFA World Cup and played a pivotal role for the Atlas Lions, who reached the semi finals in Qatar.

Liverpool only let in 26 goals in the entire 2021-22 Premier League campaign and they need to stop leaking goals to have any chance of reaching the top four this season.

In your view, should the Reds pay £39.8million to sign Sofyan Amrabat?

One thought on “Liverpool at the forefront to sign £39.8million play breaker – Report”