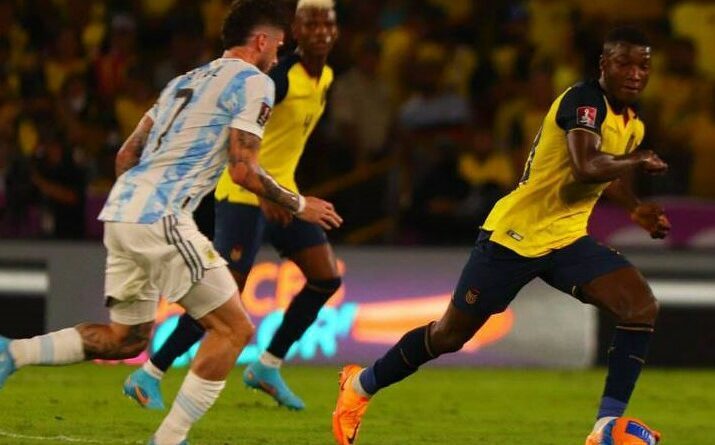 Liverpool will face Brighton at the weekend in the FA Cup and once again, Moises Caicedo is linked with a move to Anfield.

The Ecuadorian international was absolutely fantastic for the Seagulls when they defeated the Reds 3-0 at home ten days ago.

According to AS, the 21-year-old central midfielder could end up leaving the Falmer Stadium outfit in the January transfer window.

The Spanish media outlet have mentioned that Chelsea and Liverpool are the two clubs mainly interested in hiring the services of the South American star.

The Blues are reportedly leading the race to secure his signature, on the other hand, Liverpool are waiting to attack get his signing done.

AS claim Caicedo has recently changed his agent in order to push for a big money transfer in the current transfer window. Sources close to the Seagulls have claimed that “movement is expected next week”

The 28-capped international’s current deal at Brighton will expire in two and a half years and as per a report covered by The Mirror earlier this month, he could be allowed to leave if the price tag of £65million is met.

The ex Independiente del Valle midfielder impressed for the national side at the World Cup and he has been consistently brilliant for Brighton over an year.

Caicedo has proved to be fantastic in the DM role as a play breaker and he is a pressing monster. Liverpool desperately need a young and quality player like the Ecuadorian to reinforce things in the center.

Have your say – Should Klopp push the owners to pay £65million for Moises Caicedo?