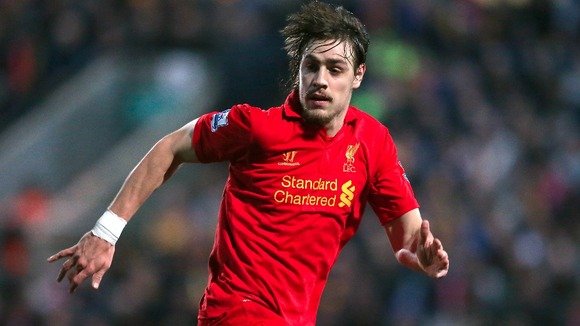 As the transfer window closes out, Liverpool are expected to shift more bodies out the door as they attempt to prune a squad that’s growing quite large. While a number of names have been linked with an exit from Anfield, Sebastian Coates has been one of the most consistent and the Uruguayan looks set for a season long loan at fellow Premier League side Sunderland.

Black Cats boss and compatriot Gus Poyet is thought to be a keen admirer of the promising 23-year old center-half and is rumoured to have rang the Reds and made an inquiry as to his availability. Although it’s believed that the Uruguayan defender has been offered to Italian side Sampdoria as the Reds continue to court their Argentinian ‘keeper Sergio Romero, unfortunately it’s yet to bear any fruit.

It’s still early doors on this one and at this point Coates could end up anywhere, but it’s looking with almost dead certainty that he’s going somewhere. Liverpool’s capture of Dejan Lovren last month only increased competition in the center of their defence and with both Kolo Toure and Daniel Agger likely to stay on Merseyside, the 24-year old is undoubtedly the odd man out.

Although he recovered from a serious knee injury that kept him out for the vast majority of last season in time to play at the World Cup this past summer, it’s believed that the Uruguayan defender is looking for quite a bit more first team football as he tries to get his career back on track. Sunderland is certainly some place that he could do just that — maybe he can be the one that finally convinces Black Cats target Fabio Borini to make up his damned mind.