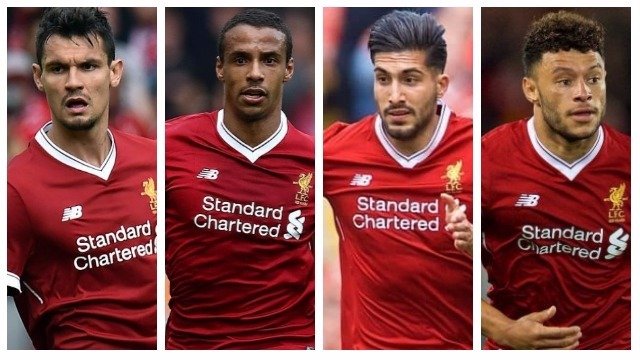 Coming off a disappointing draw with Burnley last weekend, the Reds kicked-off their double header with Leicester City earlier in the week by being knocked out of the League Cup at the hands of the Foxes. Set to return to the King Power Stadium on Saturday, the Merseysiders will be looking for some measure of revenge, but things won’t be any easier if a number of their key players are sidelined.

“It’s nothing major with Dejan but it was enough to keep him out of two games and he is not in training so far, so that means he is also a doubt for the weekend, which is not too cool,” explained Liverpool boss Jurgen Klopp in his pre-match press conference. “It’s the same with, but completely different [injuries], Joel Matip and Emre Can,” continued the German manager, switching gears from bad to worse. “They have little bits from the last game so we have to see if they can be back in training today or tomorrow, but it’s not sure at the moment.”

It sounds like those three aren’t the only ones in danger of missing out with Klopp going on to confirm that Alex Oxlade-Chamberlain — who made his first start for the Reds since his deadline day move from Arsenal — also picked up a knock. Playing the full 90-minutes to mixed reviews, the English midfielder likely wouldn’t have started on Saturday, but with Can likely out of contention, he’d most definitely be on the bench.

“Ox had a few really good situations and a few unlucky situations,” mused the Liverpool manager, reflecting on his first real run out for the Reds. “I thought he did really well in the moments when you could see that he tries to adapt to the style of play and all that stuff,” continued Klopp, going on to cast doubt over his availability for the weekend. “He had a little problem with the calf, not an injury but a little problem. We all need to get used to this and manage it a little bit better.”