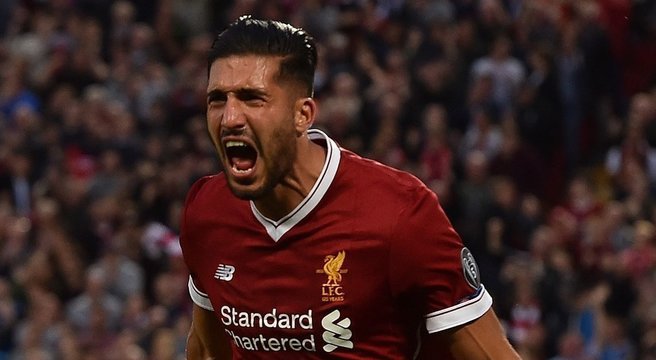 With one high profile player already out the door, there are concerns that another may soon be confirmed with reports coming out of Italy claiming that Juventus is close to finalizing terms with Liverpool midfielder Emre Can over a summer move to the Serie A giants.

Out of contract at the end of the season, the German international is free to open negotiations with foreign clubs. The Old Lady expressed an interest during the summer, but the Reds do not want to part ways with the 23-year old — a player they see as key to boss Jurgen Klopp’s plans. Contract negotiations between the two sides have stalled and though the gaffer remains convinced that he can talk Can in to staying on Merseyside, the charm offensive from Turin is in full effect.

“Emre Can is a player I know well. Emre of course is a really good player, he can move and he is powerful and talented,” said Juve midfielder Sami Khedira. “But of course he has to learn. If there is a possibility to sign this player then I think Juve has to use this chance,” stressed the World Cup winner. “I think he is a free agent in this summer period and if I am a manager, I would try to sign him.”

While there’s still the possibility the German will change his mind and commit his long term future to the club, it’s looking less and less likely that will happen. For the time being, it appears Can is content to run down his deal at Anfield knowing full well that he’ll be given the playing time he needs to book a ticket to next summer’s World Cup. Should he make the move to Juventus now, there’s absolutely no guarantee he’ll be a regular starter for the Old Lady and it could be out of sight, out of mind for Germany boss Joachim Low.

“First of all there are still many games with Liverpool to concentrate on, but I hope to be able to stay healthy and go to the World Cup in the summer,” said the Reds midfielder, speaking to the ECHO. “We have been in a good way and we want to try to continue winning as many games as possible and hopefully that can mean having a good run in the FA Cup as well as the Premier League and the Champions League,” continued Can. “We want to win a trophy. We are full of belief that winning a title is something this squad is capable of achieving and we will give our best.”