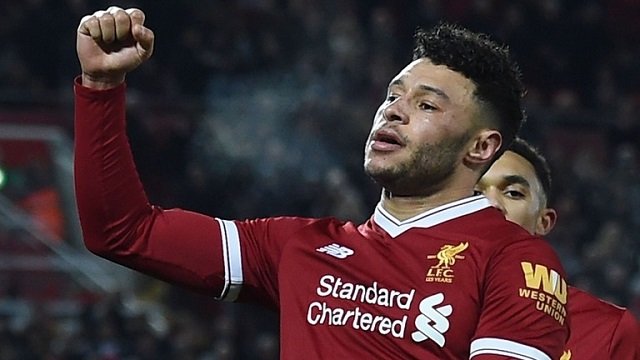 Early season criticism can be a hard thing to shake, but now that he’s found his feet at Anfield, Liverpool midfielder Alex Oxlade-Chamberlain was asked about comments made by former teammate and Sky Sports pundit Thierry Henry and he’s not pulled any punches when responding to the French legend.

Henry, speaking ahead of Chambo’s debut against Manchester City back in September, said he wasn’t sure what the 24-year was good at and implied that he didn’t bring anything to the table.

“Those comments are probably a bit stupid,” said the 24-year old. “When you have watched someone long enough, you know what they can do,” added the former Arsenal man, going on to elaborate further. “I think it was more aimed at the end product side of things and doing those things that lead to scoring a goal or setting up a goal,” explained Oxlade-Chamberlain before pushing them off to one side. “Fair enough, I will take those comments on the chin. It cannot shake me. Saying you don’t know what I do, when you have worked with me, I think it is a bit stupid.”

Putting in a Man of the Match performance in the win over Newcastle United at the weekend, Chambo gave a timely reminder of just how important he can be to Liverpool boss Jurgen Klopp — and stake a claim for a starting spot in the second leg of their Champions League round of 16 clash with FC Porto at Anfield later today.

The German manager, who convinced the midfielder to snub interest from Chelsea to join him on Merseyside, has been a huge supporter of the 24-year old and has been impressed by his work-rate, commitment to the cause and just how much he’s improved since he first arrived from North London back in August.

“Alex Oxlade-Chamberlain has had a few good games. He came from another club with a specific style of play and he needed to adapt,” said the gaffer. “We cooled him down and told him there is no rush, we really have time. Players like him need to play with instinct – you could see that with the first goal,” mused Klopp, making reference to him setting up Mohamed Salah on Saturday. “It was outstanding and I don’t think it would’ve been possible for him a few weeks ago but now it is and I really like it.”