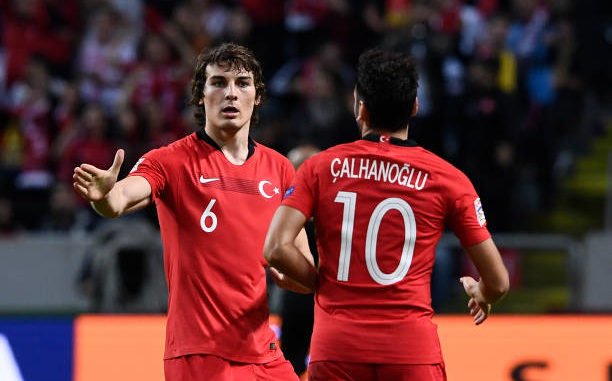 As per recent reports going on in the media, Liverpool have been linked (via Le10Sport) with highly rated central defender Kalidou Koulibaly of Napoli.

Now, another center back is in the focus in the form of Leceister City star Caglar Soyuncu.

According to AS, several elite Premier League clubs are looking to sign the Turkish international, whose market value is around 50 million euros (£45million).

The defender’s former representative Mustafa Dogru has come up with an interesting statement that might delight the Anfield faithful. He told AS:

“I think only Liverpool have the power to sign Caglar Soyuncu in the Premier because of his economic conditions, but we must not forget French teams. PSG could be a surprise.”

The likes of Manchester City and Manchester United have spent a lot in England and the Red Devils even made Maguire the most expensive defender in the world last summer. So, I’m not sure why Dogru has only mentioned Liverpool.

The 23-year-old joined the Foxes in the summer last year and has immediately improved their back-line. Under Rodgers, Leicester had the third best defensive record before the suspension of the league.

In 28 league appearances, the former Bundesliga man has helped his team keep 10 clean sheets. Moreover, in the attacking third, he has managed to score a goal and provide an assist as well (Transfermarkt).

The 2015-16 champions have more than a decent chance of qualifying for the next season’s Champions League being third in the table after 29 games.

Liverpool had the best defensive record in the Premier League last season and even this term, they have conceded the fewest number of goals in the league (21).

Jurgen Klopp has got ample quality and depth in the central defense with four experienced stars around. So, he really does not need to spend to sign a CB this summer.

Instead, to improve the back-line, the German manager should lure a left back to cover for Andy Robertson. James Milner has mainly been our second choice LB but the veteran is naturally a midfielder.