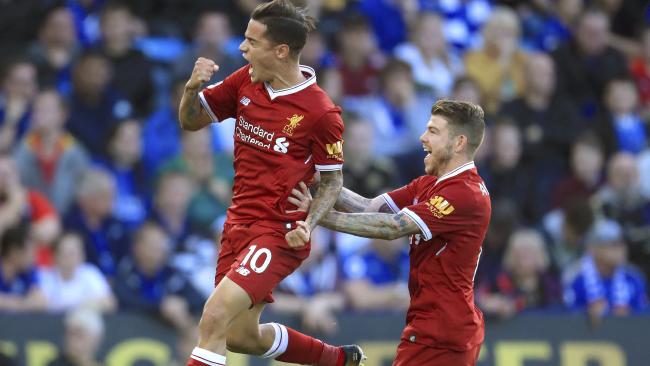 Creating one and scoring another, Liverpool talisman Philippe Coutinho looked to be back to his scintillating best in the Reds win over Leicester City at the weekend — something that didn’t surprise the boss one bit.

“Actually it’s really good to see. We have to not worry but think about his physical situation because we know how the three or four weeks were, but since he’s in he’s [been] in really good shape,” explained Liverpool manager Jurgen Klopp. “I said it of the first few training days [that] he was really outstanding. OK, then in the first game [it’s about] finding the rhythm and all that stuff, it was not that brilliant like how he usually can be, but now he’s really back and that helps us a lot,” added the German. “In the moment we’ve been playing without Sadio [and] he can play in the different positions.”

While the double-header against the Foxes only served to reinforce just how important the Brazilian is to Liverpool’s cause, Klopp was quick to spread the praise around ahead of what will be another busy week for the Reds. The showdown with Spartak Moscow in the Champions League tomorrow will be the one to watch, but a tricky trip to Newcastle United at the weekend will certainly be considered when the starting eleven runs out in Russia.

“They all help us. I love the impact of Millie, I love his impact in the dressing room and all that stuff, he’s so close,” said Klopp, hailing the influence of vice-captain James Milner both on and off the field. “I know he’s a player that wants to play all the time, it’s really hard for him [and] it’s the same with Daniel, the same with Ox, same with all of the boys,” added Klopp, explaining the desire he sees from the squad. “They are all ready and that’s good because we need them, so that’s why I think that for all the good things in the dressing room you need obvious signs outside and that’s results in football.”